He shoved aside the pain and focused on his blood, on his brother, and lifted the barrier he normally kept in place between them, shutting Loren out and making it impossible for his brother to find him. The connection bloomed between them like warm sunshine, infusing him with peace and calm, with the constant affection his brother held for him despite all his sins and all the pain he had caused him over the past four thousand two hundred years they had been at war.


Four thousand two hundred years in which Vail had been a slave to a dark witch, forced to do her bidding against his will, whether it was massacring innocents, igniting wars between kingdoms, attacking his brother and his people, or things that were far worse. He rubbed at his arms, subconsciously scrubbing the feel of her hands from his body, the sickening lingering touches and the caresses. Cold engulfed him, darkness rising from the pit of his soul as his mind travelled black paths that led him downwards into madness.

He clawed at his arms and his armour covered his fingers, transforming them into sharp serrated black claws. Vail brought his hands up and clutched at his head, digging his claws in deep and drawing blood, using the pain in the present to battle that in his past.

His fangs grew longer, stabbing into his lower lip, and his pointed ears flared back against the sides of his head. The connection grew stronger, his brother reinforcing it from thousands of miles away, flooding him with love and affection, with memories of being with Loren back in their kingdom, and then even further back, to the old elf kingdom in the mortal realm, laughing like fools as they played as children in the lush colourful gardens of the castle. Vail severed the connection, swiftly bringing up the barrier to shut his brother out, unable to bear any more. 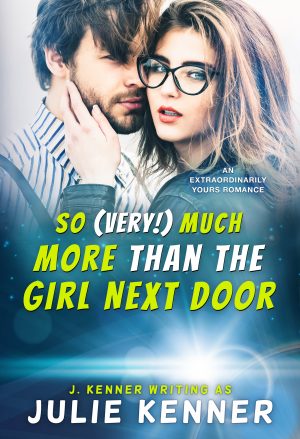 He clumsily stumbled onto his feet, almost falling on his face again when his knees turned to jelly beneath him, and staggered onwards, heading for the horizon. Vail snarled, his lips peeling back off his fangs. He should have killed her. His fingers flexed at the thought of shredding her flesh, peeling it from her bones slice by slice while she screamed for mercy.

He had no mercy left in him.

No goodness. No kindness. No hope. A witch had made sure of that. For every life that witch had forced him to take, he would kill one of her own treacherous, vile breed. He would wipe out their entire species, freeing the realms of their trickery and magic. His thoughts flickered back to that moment on the battlefield, when Loren had stood before him, offering his hand. A small part of him had even dared to hope that he could return to the castle in the elf kingdom and things could be as they were before Kordula had enslaved him and he had turned on his people, making an enemy of himself in order to protect them all from her, thwarting her plan to set herself up as their queen and enslave them all.

Vail shuffled forwards, barely able to place one foot in front of the other. His ankles wobbled with each step and his muscles screamed in protest. His stomach growled, hunger riding him hard, dragging up replays of battles where he had gorged himself on blood, making himself stronger. He denied it, too lucid right now to give in to its demands and risk awakening the beast within him, but he knew there would come a time when he blacked out again and woke with the taste of blood on his tongue.

Rather things happened that way than while he was conscious. It was filled with the hideous, despicable things he had done, so black with them that not a speck of light could penetrate it. Vail had seen elves turn. He had seen them degenerate into monsters, tainted by darkness, craving blood and violence. He knew that his own turning was overdue. He should have become the embodiment of darkness millennia ago, his mind warped by the things Kordula had done to him, his soul blackened by the lives he had taken, and his body contaminated by the pleasure she had wrung from it.

Bile blazed up his throat. He collapsed onto his hands and knees and vomited, dry heaving until he shook all over and his heart laboured. He meticulously blanked his mind, killing thought after thought, memory after memory, image after sickening image, until nothing remained but cold emptiness. He needed to stop thinking about the past. He needed to stop courting the darkness, leading it on a dance as it did the same to him, luring him ever deeper into the black abyss within his soul.

Vail dragged himself back onto his feet and trudged onwards, staring at the ground. He recited sonnets in his head, filling it with words to keep the shadows at bay. The terrain grew hilly, challenging his limited strength on every ascent and his ability to maintain his balance on the descents. Vail became aware of it the moment three large bare-chested demon males teleported in front of him. They were mostly human in appearance, but the painted black tips of the grey horns that curled from behind their ears and their vivid green eyes warned him that he had wandered into dangerous territory.

Vail stood his ground. The largest of them, a black-haired brute with a thick scar that cut a diagonal line across his muscular bare chest, stepped forwards and curled his lip.

Vail bit back his desire to point out that the male was stating the obvious. No other creature in Hell shared the appearance of an elf, and none other had the black armour he wore. His fangs itched with a need to sink into their flesh. Demon blood tasted wretched. The darkness in him began to push, filling his head with visions of attacking these three males. Something that had eluded him for so long now. He snarled and launched himself at the leader, slamming into him and knocking him back into the other two.

They immediately attacked him, pummelling him with powerful blows that only served to unleash his hunger for violence and bloodshed, giving it free rein.

He turned and took on the weakest of the three, slashing across his chest with his claws and raking them down his arms, cleaving flesh and spilling blood. He laughed as the scent of it drove him onwards, pushing his fatigue to the back of his mind. His vision wobbled and pain blazed a path across his face, numbing it. Darkness encroached at the corners of his mind. He shook it off and tried to shove to his feet, but large hands clamped down on his shoulders, two on each, and the third male grabbed his arms.

Vail cried out as the leader twisted his arms behind his back, almost popping his shoulders out of their sockets with the force of his actions.


He will want to question him about the war and the Third Realm. Vail struggled but it was useless. His strength gave way before he could wrestle himself free. The darkness rose within him again, the mad beast snarling for freedom, caged by his weak body just when he would have embraced it and used it to escape and goad these demons into killing him. A black hole appeared beneath him and he dropped into it with the demons still holding him.

They teleported him into a dark stone room that smelled of fetid things, the odour so foul that it choked his lungs. Vail shook his head and refused to relinquish it as the three demons set to work on him, trying to slip their fingers into the neck of the black scale-like armour. He snarled and mentally commanded it to form his helm, forcing their hands off him as the scales crawled up his neck. They thickened and smoothed as they covered the back of his head and chased across his forehead, forming a point above his nose and then sweeping back over the top of his head into a series of curved spikes that flared backwards like dragon horns.

Vail snapped and lashed out at him, catching him across his chest with his claws, adding more scars. It was his only protection right now when he was so weak. His armour was his talisman. He had never been without it.